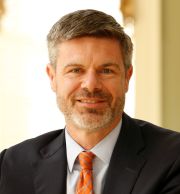 Professor Lenox’s research has appeared in over twenty-five refereed academic publications and has been cited in a number of media outlets including the New York Times, the Financial Times, and the Economist. In 2009, he was recognized as a Faculty Pioneer by the Aspen Institute and as the top strategy professor under 40 by the Strategic Management Society. In 2011, he was named one of the top 40 business professors under 40 by Poets & Quants. He has his Ph.D. in Technology Management and Policy from MIT. Professor Lenox has served as a professor at Duke and NYU and as a visiting professor at Stanford, Harvard, Oxford, and IMD.

Professor Fairchild teaches strategic management, entrepreneurship and ethics in Darden's MBA and Executive Education programs. He has received a number of awards for teaching excellence at the Darden School. He was recently the lead investigator studying business models and public policy issues in the field of community development finance, an initiative supported by a three-year $850,000 grant from the John D. and Catherine T. MacArthur Foundation.

Professor Fairchild was named one of five high impact research professors and the sole scholar focused in entrepreneurship by the Financial Times in 2010. In 2011, he was the only academic named as one of "25 Virginians to watch" by Virginia Business Magazine. In 2012, Fairchild was named one of the Top Ten Business School Professors in the World by CNN/Fortune and one of the 50 Best Business School Professors by Poets & Quants. His multidisciplinary work has been cited by Inc. Magazine, The Economist, National Public Radio (NPR), USA Today, New York Times and the Washington Post, among others. 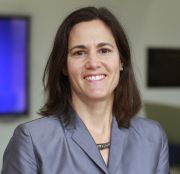 Erika is Director of Research and Intellectual Capital at the Batten Institute. The mission of the Batten Institute, which operates within the University of Virginia Darden School of Business, is to create knowledge about the transformative power of entrepreneurship and innovation, and to cultivate principled, entrepreneurial leaders. Erika is responsible for the Batten Institute’s research program and academic conferences, related publications for academic and business audiences, and major events such as the Jefferson Innovation Summit and the Global Innovators’ Roundtable.

Erika was most recently the Associate Director of Sustainability Programs at Darden, and Managing Director of the Alliance for Research on Corporate Sustainability (ARCS), a 22-university consortium. Erika hosts the Research and Relevance podcast series on entrepreneurship and innovation research. Before Darden, Erika was the Sustainability Manager for UTC Power, a business unit of United Technologies Corporation. 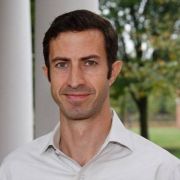 Andrew King is an Associate Director at the Batten Institute and PhD Candidate at the University of Virginia Darden School of Business. Andrew is interested in researching the influence of entrepreneurial strategies on organizational systems beyond new ventures. To that end, he has worked on projects researching entrepreneurial ecosystems, investigating the cognitive influence of innovation methodologies in multinational companies, and he has recently co-authored a book about design thinking titled, Solving Problems with Design Thinking: 10 stories of what works.

Prior to joining Darden, Andrew worked within many multinational companies as an accountant with Ernst & Young based in Düsseldorf, Germany. He also experienced the dot-com boom while working within a start-up that eventually went public on the London Stock Exchange’s AIM market.

Asif Mehedi is a senior research associate at the Batten Institute. His current research interests are complex systems, effectual entrepreneurship, and crowd-sourced innovation. With a grant from the Kauffman Foundation, he is currently studying, through controlled experiments, several psychological aspects of nascent entrepreneurship. Mehedi enjoys learning about and applying computational approaches (e.g. machine learning and natural language processing) to social science research.

He completed his MBA at the Darden School of Business. Before that, he worked in his home country Bangladesh for a development finance organization founded by the World Bank — where he led or was involved in syndication and M&A transactions in power, steel, and textile industries. He also worked for a non-profit founded by the Canadian Government to help foster entrepreneurship in Bangladesh.

Professor Vedula joined the Entrepreneurship Division at Babson College in the Fall of 2015. His research focuses on spatial issues in both entrepreneurship and strategic management. As part of his dissertation work and related research, he has examined topics such as community-level differences in entrepreneurial dynamics and ecosystems, the impacts of regional economic and sociocultural factors on the strategic behaviors and performances of technology-based startup firms, and the geographic diversification strategies of venture capital firms.

He has published his work in outlets such as Experimental Brain Research, Urology, and the Frontiers of Entrepreneurship. Professor Vedula earned a PhD in Management and Entrepreneurship from the University of Colorado at Boulder, a Masters of Engineering from McGill University, and a Bachelors Degree in Physiology from the University of Toronto. Prior to pursuing his doctoral studies in business, he worked as a scientist for two startup firms in the medical device industry. He also helped found and manage an unmanned aerial vehicles startup firm during the course of his doctoral studies.

Professor Venkataraman ("Venkat") is an internationally renowned scholar and educator in the field of entrepreneurship. Professor Venkat is a member of the Strategy, Entrepreneurship, and Ethics area at Darden and teaches at the Indian School of Business. He has published extensively and has lectured around the world. The Academy of Management recognized his research by awarding him the inaugural IDEA award for Foundational Research in entrepreneurship and, in 2010, the Academy of Management Review cited one of his papers as the most influential in the past decade from among the papers published in that journal.

He has earned the Outstanding Faculty Award at Darden and was voted the "Most Popular Professor" at Business Week Online. He has been a speaker for and advisor to the Entrepreneurial Forum, a program of the International Trade Administration of the U.S. Department of Commerce. He was the first holder of the Bruggeman Distinguished Chair at Rensselaer Polytechnic Institute, and, from 1989 to 1995, he was Paul Yeakel Term Assistant Professor of Management at the Wharton School.

Special Assistant to the Mayor

Jayson White serves as a Special Assistant to Oklahoma City Mayor Mick Cornett, building on nearly 10 years experience in urban innovation research and mayoral leadership in cities across the United States. In 2007, Jayson built and launched Harvard Kennedy School's Urban Policy Advisory Group — an executive session for Chiefs of Staff to mayors in the 50 largest and most creative cities in the country.

Following his research at HKS, White has worked in several commercial real estate startups including Knotel, WeWork, and other key coworking and business incubation enterprises. His forthcoming book with Mayor Cornett (Penguin/RandomHouse, Fall '18) sheds light on the unique promise of urban creativity and growth in America's fast-growth, entrepreneur-driven small and medium cities.

Professor Yates specializes in the study of culture and cultural change in the late modern world, with an emphasis on moral and ethical life. In his role at the Institute, he leads the research efforts of the Program on Culture, Capitalism, and Global Change. He has written on the cultural imperatives of humanitarian and human rights organizations, on the rise of the anti-globalization protest movement, on the ways modern institutions contend with disaster and catastrophe, and, most recently, on the cultural significance of sustainability as a leading paradigm of social, political, and ethical action.

He is currently working on two separate but related lines of research. First, he is Director of the Thriving Cities Project, a multi-year interdisciplinary initiative within the Program on Culture, Capitalism, and Global Change. The project is developing a new form of community assessment based on a holistic understanding of “thriving” in twenty-first century cities.The other is a book project on the moral and ethical dimensions of contemporary globalization, entitled The Problem of the Good World: Global Culture, Urbanization, and the Dilemmas of Reform. 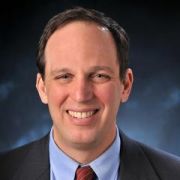 His research has won numerous awards including ARCS Sustainability Scholar Award, the Academy of Management Organizations and the Natural Environment (ONE) Emerging Scholar Award, and the NYU-Stern Conference on Social Entrepreneurship Best Paper Award. Professor York teaches classes in business planning, entrepreneurial thinking, and environmental sustainability at both the undergraduate and MBA level. Prior to his academic career, he worked in a technology incubator, led the startup of a whitewater rafting company, and was a manager at a Fortune 500 financial services firm.