Survey for the Hometown Summit

How vibrant is the entrepreneurial ecosystem in your city? What are the major barriers to its growth? How happy are you with the ecosystem infrastructure?

On the occasion of the Hometown Summit, which was hosted in partnership with the Darden School of Business, we asked the invited guests—through a brief survey in advance of the Summit— to assess their cities' entrepreneurial communities.

As of April 10, 61 people responded; 35% of them worked in nonprofits, 30% in private companies, and 27% in government agencies. More than two-thirds had experience of founding at least one business or nonprofit. Men and women were equally represented.

Happy and not happy

We found people were mostly happy with the quantity of networking events, university courses/programs, incubators/accelerators, and co-working spaces in their city. This perhaps reflects growing interest from the local governments, universities, community nonprofits, and business services providers in the development of the local entrepreneurial ecosystems infrastructure.

The respondents had a generally positive opinion of their city’s public safety, education, restaurant scene, and quality of life – usually rating their city as one of the best or above average in these criteria. Income inequality was an exception. Only five percent thought their city fared better than average in addressing income inequality. 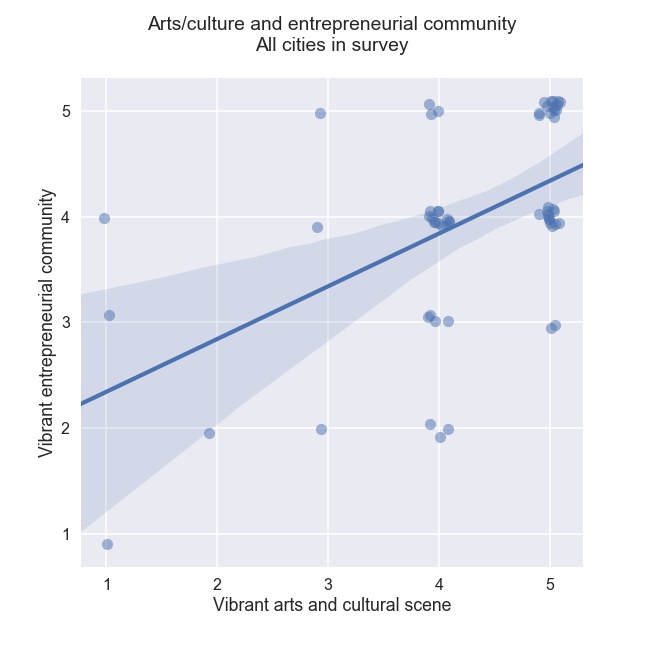 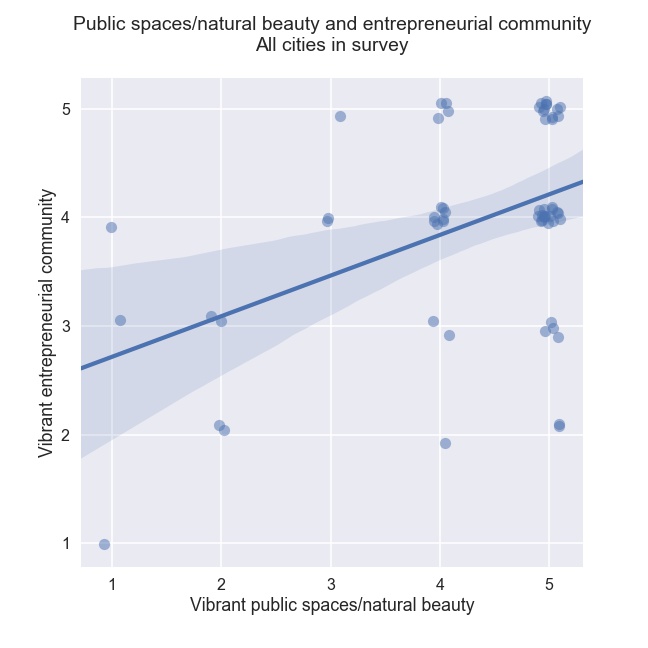 Despite the complaints, three-quarters of the respondents said that they were happy with the vibrancy of their entrepreneurial ecosystems. And, almost everyone expressed optimism that their city would become more vibrant in the next five years.